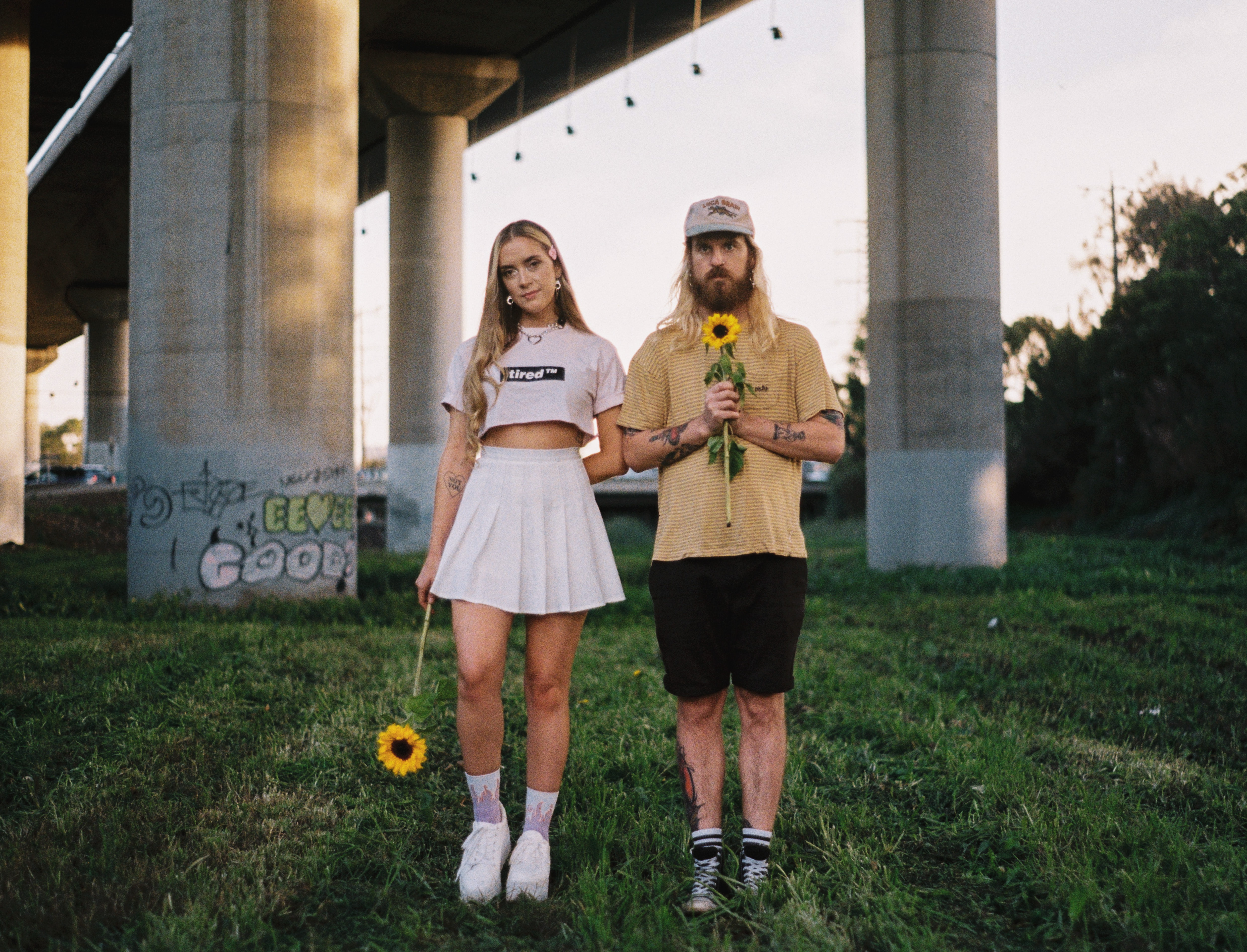 It's a great sight to see when an artist will release a debut single to then follow it up with something bigger than we had imagined, and that's exactly what Damaged Goods Club have done for us with the release of their sophomore single 'Sick Sad Girl'.

The solo-turned-band project lead by singer-songwriter Kelsie Rimmer released 'Zodiac Insomniac' mid-last year and oh was it a song that oozed with greatness and potential. I came across the song on Unearthed and wrote about it a short time later, excitedly sharing the song as the next indie DIY project out of Victoria to get around.

Now, over a year later, Damaged Goods Club have moved some things around and have shared with us the next chapter in the evolving band.

The song, whose name and artwork is an always welcoming throwback to the Daria in-universe television program Sick Sad World, opens how you like it with a lo-fi grunge recording that seamlessly transitions into a cleaner studio recording. Sick Sad Girl brings a bit more flavour to the Damaged Goods Club name, with bigger sounds and even bigger chorus' coming through the mix this time.

Mixed by LOSER's Tim Maxwell at Restless Noise Studios, it come through from inside Melbourne/Naarm lockdown, manifesting through self-reflective lyrics on mental health and the overwhelming parts of life. It's a familiar take to songwriting, telling an honest story like this and packaging it up in a glamorous, juice-pop track, but it's something I think we all enjoy. It makes for a great song to see an artist let go and have fun on a track whilst sharing with us their very real inner-thoughts and struggles at the same time.

The band, now consisting of members Lachie Jones, Daniel Casley, Darcy Laffan, as well as Kelsie, added about the song: “As much as we make light of it, I think that talking openly and honestly about mental illness is so important. No one should be ashamed of their mental health, and our aim is to provide a safe, positive space to express and discuss these issues. As someone who has struggled with anxiety and depression for as long as I can remember, I know that it can make us feel totally alone – but that’s never the case. Everyone’s a little bit damaged in one way or another, and Sick Sad Girl is a way for us to share our experiences with mental illness in an open and relatable way, in the hope that even one person might connect with it and know they’re not alone.”