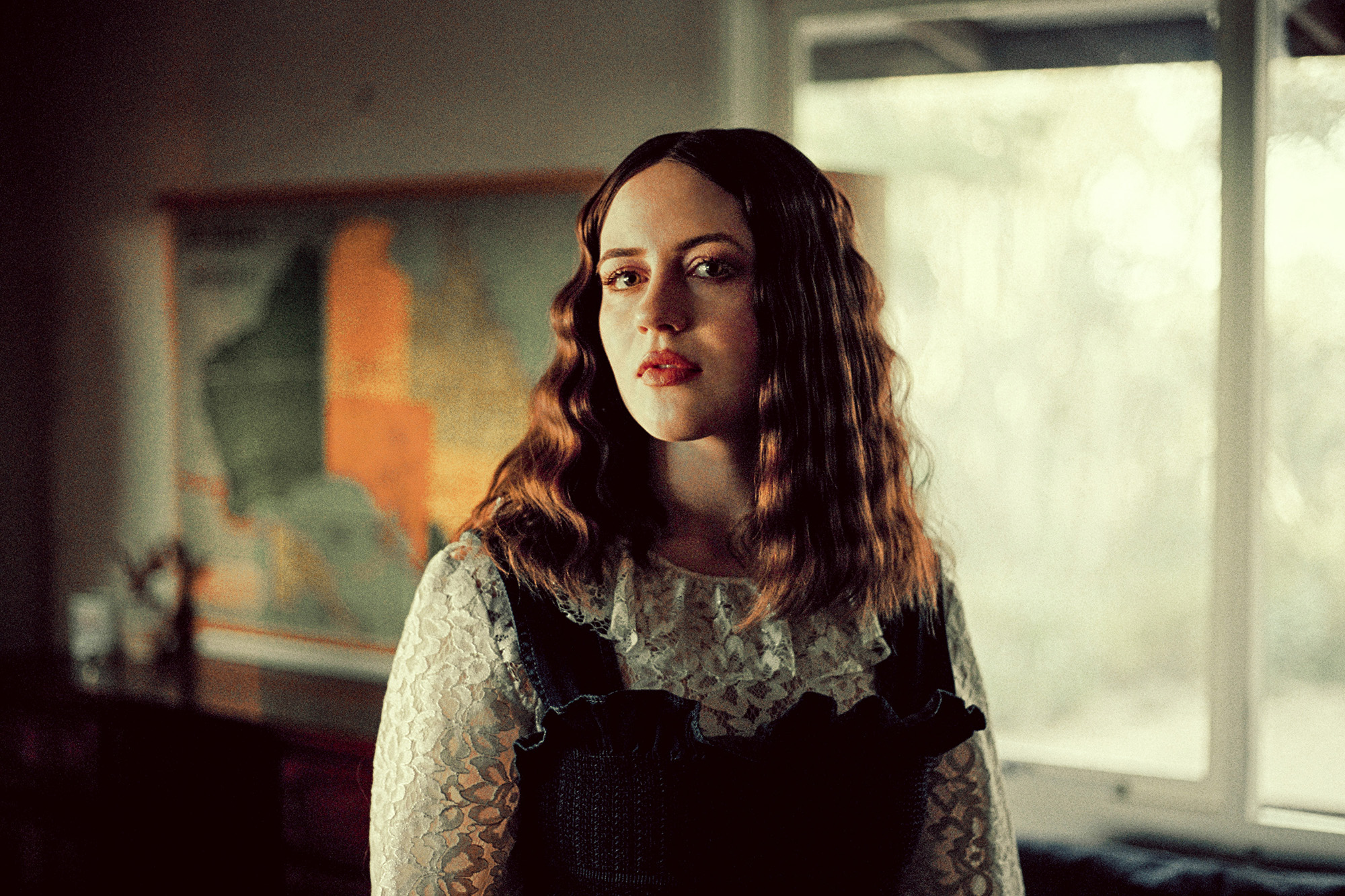 It seems collectively we can all recall the past party we went to before the first lockdown. Perhaps that parties embodied everything we lost at once: connections with others, getting out of the house, and spending time forgetting about work and life. That first time felt like such a long time ago, but for Melbourne/Naarm singer-songwriter Eilish Gilligan it's now something she's encapsulated forever in a very special and new EP First One To Leave The Party.

The narrative that flows through the concept EP details the moments in and around the last time Gilligan attended such a festive event, or rather the way Gilligan wished it had gone. We open with the party night's theme song given to us in the pop-driven Up All Night - a song that is dripping in the feeling of hope and wonder and the feeling of any weekday hurdles falling beneath. It's both sonically and lyrically the classic pre-party anthem, allowing this EP to already set itself up perfectly for the next four tracks to come.

'Get Well Soon' follows this to sharing a blissful moment in the Uber with friends in the night of spontaneity, followed swiftly by When You Forget Me which marks the halfway point in the story. The next two tracks take First One To Leave The Party down a new direction, seeing the back-end, solemnly heading home with too many thoughts going in inside your head. The title track drives an acoustic sound that begins to wind down the EP, with It's Not You, It's Not Me quieting things down on piano for a short while.

As her sophomore release since 2020's Hospital, the EP is a precisely constructed record of five songs that will bring nostalgia for pop fans who had Taylor Swift and Lorde on the iTunes playlist, and for those two like the dynamic mixed sounds of The 1975. It's that nostalgia and organic pop feel to the EP is what makes it such a strong release and Eilish herself such a strong songwriter.

Eilish Gilligan stepped to us in 2016 and over the next four years would release a string of singles before going into lockdown and self-producing her own stuff that would be collected into her debut EP 'Hospital'.

We chatted to Eilish Gilligan about the record to find out a bit more about it, where it came from, and what's going to happen now! Enjoy!

Eilish Gilligan, thank you so much for taking the time to chat to us about your new EP! How are you feeling since its release?‍

Of course, thankyou for chatting with me! I’ve been feeling good, a little unmoored since I’ve been working on it since 2019 – but excited about the prospect of new projects. I have lots of demos to sort through which is super fun.‍

This is your second EP in as many years that's coming off the back of a string of singles for the years prior. Has the last 18 months changed how you approach, write, and release music?‍

I’m not sure if it’s changed how I approach or write music, but I do think the last 18 months have changed how I release music. I am very open with my process now, since starting my Twitch channel in 2020. I’m more inclined to share my writing and production at lots of different stages of development with anyone who is interested in it. Some things are still private, but I find it really fun and rewarding to share these different moments with my community and I believe it fosters a stronger connection to the final, released music and to me as an artist and as a person.‍

What led to the idea of writing these songs that are all wrapped around the same event, that being the last party you attended before lockdown?‍

It’s weird because a lot of the songs on the EP were in the writing stages before COVID-19 was even a thing – but as I sat with the songs, coaxing them into their final form, I began to reflect on the last party I went to before lockdown. I’ve always been a bit of a wishful-extrovert – I *wish* I was more outgoing, more carefree, but I am definitely more of a homebody, more of an anxious soul. On the night of this final party before we went into lockdown, I left early, unaware that this’d be the last party I’d get to go to for months on end. As I was working on this EP - which already reflected on my habit of being the ‘first to leave the party’ - the ‘last party’ was at the forefront of my mind. WHY did I leave so early? Why am I always the first one to leave? So I began to shape the EP as though I hadn’t left that party, as though I’d stayed all night and partied super hard and got everything I could have ever wanted out of it, including closure on my recently ended relationship.‍

We love a good concept record that tells a story throughout, exactly like First One To Leave The Party. We want to know what are some of your favourite concept records out there, and did any of them inspire your songwriting or influence the EP?‍

Ooh, good question. I should go with some party-themed ones – I love Lorde’s Melodrama obviously, it’s the perfect concept record and dances perfectly around a wild house party in the midst of a heartbreak. I also love Andy Shauf’s The Party, that fly-on-the-wall perspective that he brings throughout that record is really stunning, and the instrumentation and production is just gorgeous.‍

Do you think concept records are something we could see more from you in the future?‍

I think both of my EPs have had clear themes and driving forces behind them. I’d like to embrace that throughout my practice as best I can – I love creating little worlds with my music, and the possibilities are always so fresh and exciting to me. I think all of my collections of songs will always have to have a connecting string throughout them all – I would hate for any release of mine to just feel like a random cobbling-together of tracks.‍

What does the future look like for you? What can us fans look forward to next?‍

The future is unwritten! In the week after the EP came out I’ve felt a bit lost, but I’m starting to get excited about my next project now, which feels really good. I think the plan is a debut album, hopefully to land next year – but it’s still early days! In the meantime I’m playing a couple of shows to celebrate the new EP and I also did put out two EPs in less than a year so there’s plenty to keep your ears occupied for the time being.