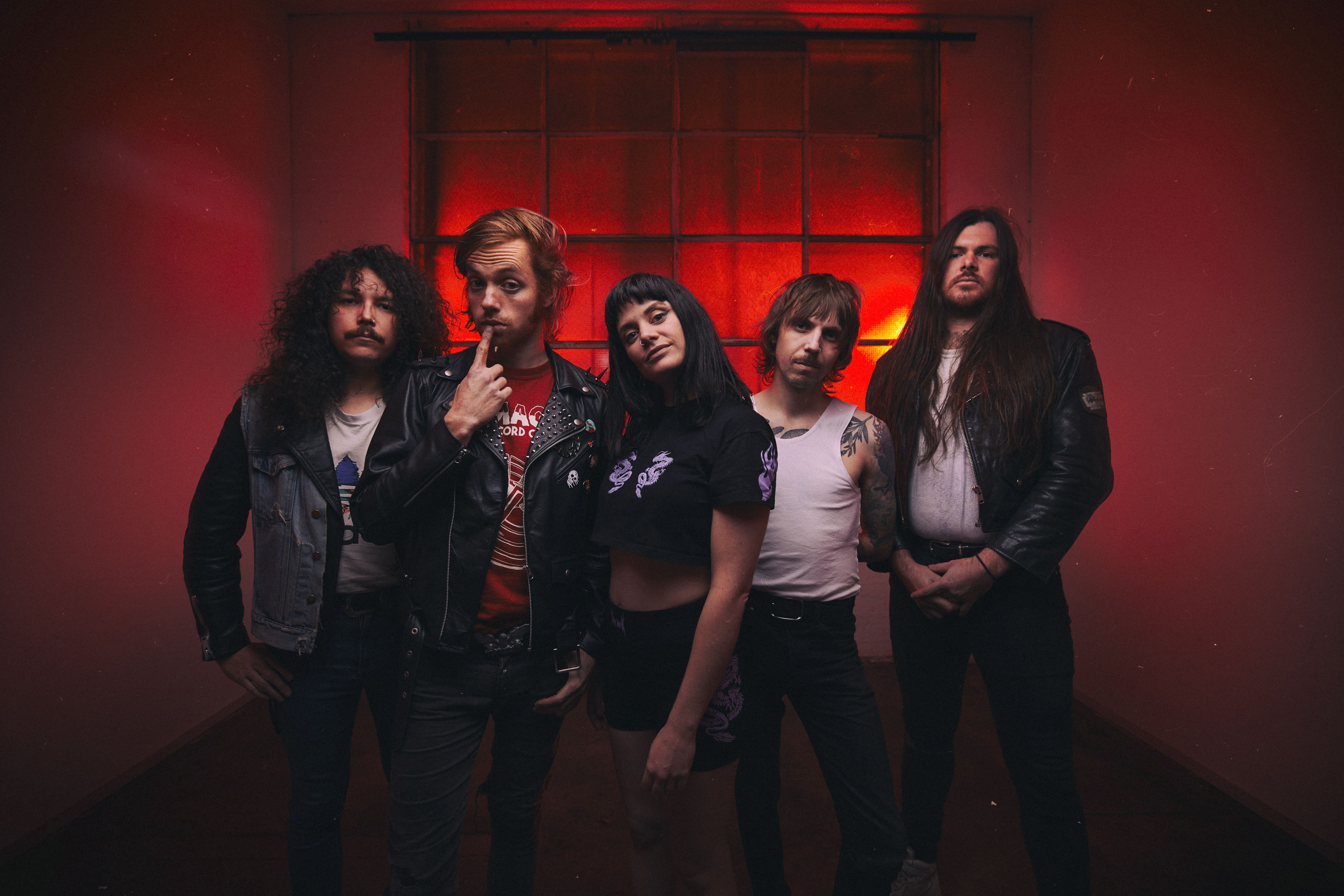 Record after record, Melbourne/Naarm punks Clowns continue to keep coming back with new and creative ideas, with their new single Sarah showing the band still cease to slow down.

In May the group shared with us Does It Matter?, the first taste of new music from them since the release of their 2019 record 'Nature/Nurture'. The anarchic track was a strong and bold return for the five-piece, linking their punk roots to give us a song about breaking the law and questing if it matters (massive 'eat the rich/ACAB' energy).

Now in July the band are showing no signs of slowing down. I find often bands can get to this stage in their career and find the song's just aren't as good as they used to be and the album's just aren't as memorable. But that's not the case with Clowns. In fact, it's undeniable they're going the opposite way, getting better and better upon each release.

Their continuing creativity comes in the form of 'Sarah', a love song about the addiction of feeling love - or more so the serotonin that rushes through in those closer moments. The band cleverly link the chemical and physical aspects of love together through the track's title. Sarah is the physical, the person you love. It's also metaphorical in that you love the hormone serotonin (Sarah-tonin ahhhh get it?!).

It all comes wrapped in a beautiful punk anthem that Clowns have perfected over the years. Since their birth nearly ten years ago, the Melbourne/Naarm group have stuck to their classic punk roots in an every-shifting environment. It's something I think long time fans adore about them.

While there's never anything wrong with band's shifting genres and sounds over the years, I also at the same time celebrate those that don't. Those are stick with a sound and become masters of the craft. That's what Clowns have shown us to do and that's why they're one of the leading punk groups in this country.

Expanding on the song, lead vocalist Stevie says “Our new song ‘Sarah’ explores the idea of how love can be like a drug. Dizzying highs and soul destroying lows. It can elevate your life to heights you never knew were possible but can at the same time be life crushingly addictive. We all love Sarah, don't we? But what happens when she goes away? Why does she go away so often? How come we are so smitten in her presence and yet so surprised when leaves, especially after a life long history of this ambivalent behaviour? It's love and lacklustre for all of us with love and Sarah.”‍

Credits on 'Sarah' include producer Woody Annison (The Living End, Screamfeeder), who they recorded with down at Red Door Studios in Melbourne/Naarm, and co-writing the track with Clowns is Matt Squire, who has an incredible repertoire working with groups like Panic! At The Disco and One Direction. Both Woody and Matt worked on 'Does It Matter?', so maybe we'll get to see a lot more of this collaboration in the future?The frantic music video streaming via Fat Wreck Records was made wonderfully by director Nick Manuell at Big Door Studios. And finally the artwork was made by the very talented Amy Jean (@amyjeanart). Definitely go check out her stuff, it's very very good.