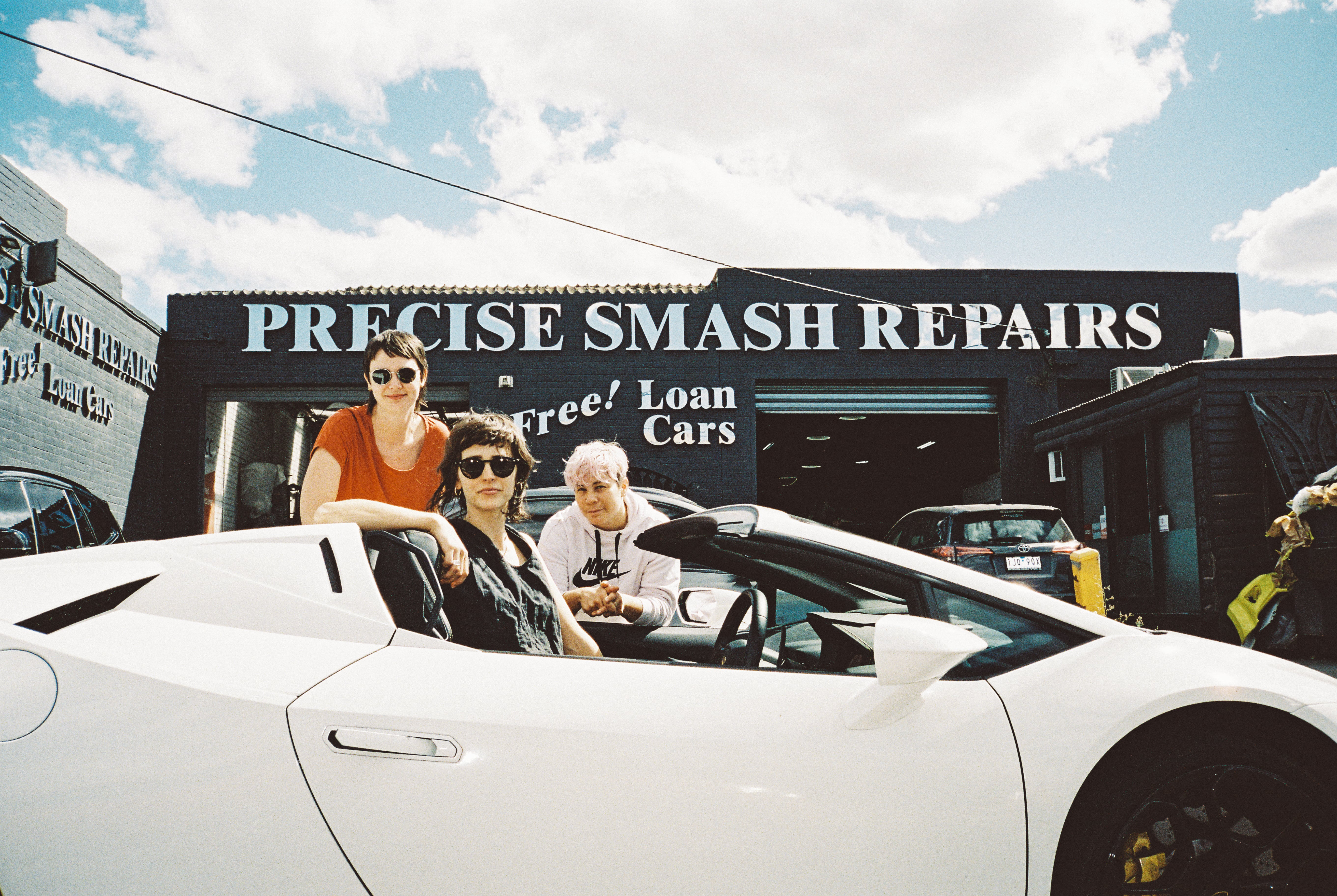 MOD CON are back and stronger than ever this week, as they share with us the news of their new album Modern Condition, lead by new single Ammo.

The Melbourne/Naarm trio have been part of a defining wave of music coming out of the Poison City Records camp, leading the charge alongside other groups like Bench Press, Mere Women, Cable Ties, and Harmony. There's a distinct sound and feeling that comes from these group's music, and MOD CON are no exception.

Their flair for rhythmic post-punk is indistinguishable, and they mastered it so well in their 2018 debut album Modern Convenience. And that's where the band last left us, having not released anything after that - up until last week when we were welcomed to a new single from MOD CON, plus an announcement of a new record on the way.

Ammo is their fairly named fierce return, showing no signs of slowing down or turning away from their funk-esque-infused punk they defined on their first album. The track is riddled with quickfire vocals from front person Erica, as Sara and Raquel tango with eachother on the bass and drums respectively.

The song is swift and corse at the same time, with the post-punk textures shining through so well around the halfway mark, where we hear a delicate but conflicting moment of the guitar crashing into the rest of the band. It, along with the rest of the song, is unsettling but in the best way possible. It's what MOD CON do best, and it's most appropriate for the context of the song:

"The song sits against a backdrop of weaponry of all kinds" says Erica. “Small time ammo: collecting tidbits to one-up each other, using missteps and faux pas to trip each other up and catch each other out, a teledex of human error. Big picture ammo; nation states hoarding weapons, casting threats, holding hostages, goading and antagonising. It's an interrogation of why things have to be this way. It's a dare to anyone who is willing to surrender first, to put their weapons down and, in ultimate defiance, let bygones be and clean the slate so good it shines like new polished glass. It's an olive branch to anyone who can imagine things being different. A secret handshake to throw the fight, get knocked out of the first round, turn your back on the ring, exit the arena, jump into the first taxi & put the pedal to metal to our new utopia.”

As mentioned, the song comes with the announcement of their sophomore record Modern Condition, which is due for release October 1st via Poison City Records. Get amongst this band now if you haven't already, because with music like this and a debut record like that, this new record is sure to be nothing less than amazing.