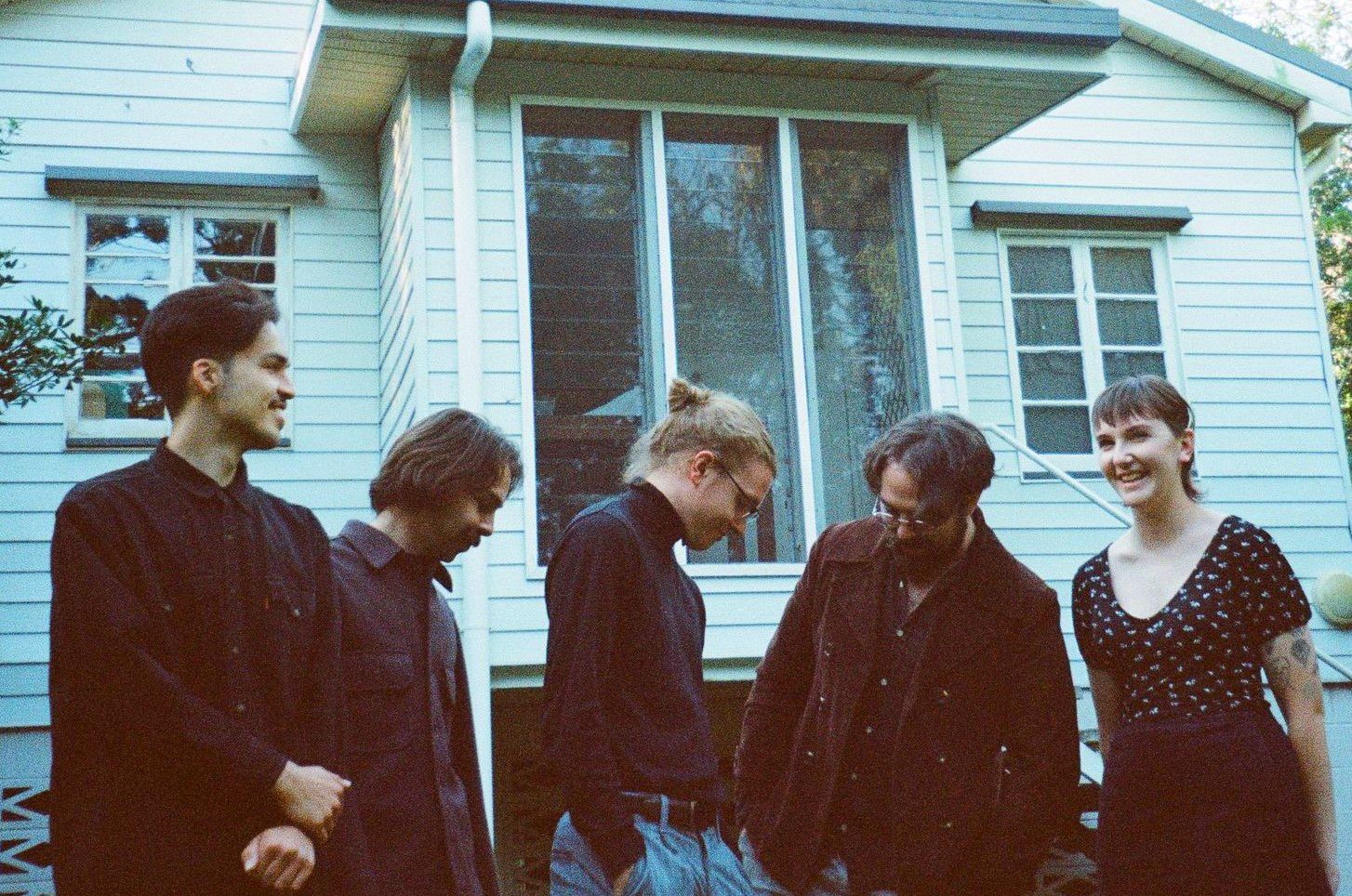 Gold Coast five-piece syrup, go on are about to share with us the next step in the band's dreampop journey, and we're so excited to be premiering their new single Lavender Sky for you all here today.

The band dropped their debut EP Joyful Hesitation and album Last Light in 2018 and '19 respectively, introducing themselves with some more darker, experimental tones that leaned them more towards a post-punk outfit. The music felt more grounded and solid, pulling through to win over any shoegaze or similar fans.

But it's with their new single Lavender Sky that the dreampop powerhouse find themselves leaning a little more towards indie-rock with flourishing guitars and sunny vocal harmonies. The origins of the band are still there, but together this song can easily draw you to make more indie-rock connections than you could before.

The simplest way to differentiate the two is to see when this music is best played. To me, their last album feels more appropriate on winter days and rainy nights, thinking of albums from Gold Class or Mere Women that bring those heavier tones to fit the weather.

But Lavender Sky feels like what comes after winter. As my partner said of the song - it sounds more like a song to play on a road trip in spring. It tastes like a sweet iced tea. It's the song that brings you out of the winter gloom and into the spring warmth.

All this isn't by accident either from syrup, go on, who spent much of last year writing new music in as simple way as possible, often using just an acoustic and vocals to lay the foundations of a song before building up with the rest of the band. The wrote a whole album's worth, then scrapped it, then found their satisfying new direction through Lavender Sky.

Their story-focused songwriting plays out in their production choices too, leaning towards this part of the writing-recording process as a way to elevate the story, not convolute it.

Lavender Sky is about those small moments in between life that shouldn't be taken for granted. Like spending time with friends, or watching the sunset. The most simple things we experience are the ones we shouldn't forget to acknowledge, like that small window of time when the clouds line up perfectly and the sun is setting at the right place to give us a, well, lavender sky.

John Russell from 4000 Records said of the song "syrup, go on are just a damn good time. I love the technicolour soundscape they create and lush layering of the instrumentation, just takes me away!"

Their first single of the year, 'Lavender Sky' was produced by Tom Briese, with Keelan Sanders engineering and tracking the drums at Bedlam Studios. Later on this month we're also going to see a music video from Brisbane-based artist and collaborator Emily Puxty, so keep a keen eye out for that one.

Syrup, go on are launching their new single in Brisbane on June 26th and back home on the Gold Coast on July 2nd. Make sure you check those out if you're in the area, but if you're not, keep an eye out for 'Lavender Sky's' full release on June 10 via 4000 Records.