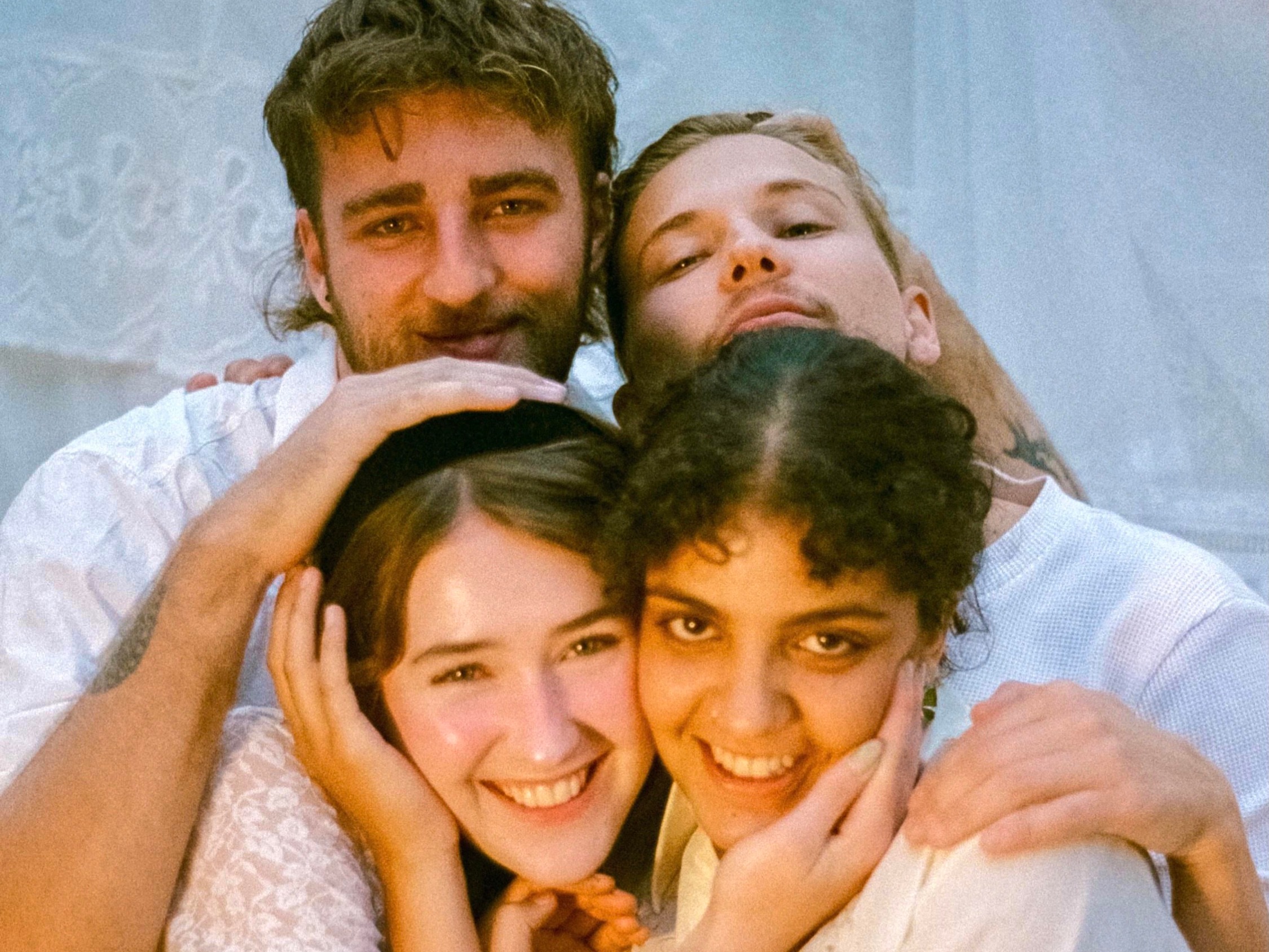 Real life angels Sesame Girl release their heavenly debut single 'Get Up', and it's perfect

A couple of weeks ago, the world was finally blessed with the much-awaited debut single from Sesame Girl, who after a year or so of keeping us on edge, shared 'Get Up' - and it's a song oozing in goodness.

The band formed some time ago around the project lead by singer-songwriter Heather Duncan, with fellow local stars Yasmine Hosseini, Gus Higuma, and Blake Bashfield coming around to turn this into something real special. Sesame Girl is our own super band of Canberra talent, and when you see them live, you can see exactly that.

They kicked things off playing hecticly around the capital, playing alongside Spacey Jane and Moaning Lisa to name a couple. Over this time they built up a reputation for themselves of being a sweet and angelic indie-rock group - and it's clear that everyone took notice. One of my favourite sets of theirs was supporting Teen Jesus And The Jean Teasers. They were charismatic, charming, and most of all - fun. Everyone was loving it, but no more than the band were, and that's what makes them one of the city's favourites in recent years.

But over all this time, after all these gigs, we still had nothing to take home with us for desert - until just a couple of weeks ago, when Sesame Girl shared 'Get Up'. And for the long time we waited to hear their debut single, it was worth every bit of it.

The dream-pop band worked with Fletcher Matthews on this one, bringing what was once a song written by 16yo Heather to full life in 2021. 'Get Up' swirls and swims in luscious, flowery melodies and dreamy vocals, a warm introduction to the band if you haven't seen them live before. The song's light to the touch, and easily one to leave on repeat throughout the day, with those blissful guitars and bedroom, lo-fi foundations breaking through to make something you can't not fall in love with.

Expanding on the background of the song, Heather said "‘Get Up’ is a song that's grown next to me and now it’s me looking back on the person that I was four years ago. We wanted to put Get Up out first because it’s very gentle but unapologetic, it really blends the teenage happiness and joys with the undercurrent feelings of sadness that come with those first experiences of adolescence and mental illness.” ‍

The release of the song comes with news of an EP coming along the way later on in the year ,that will line up perfectly with the city building stage 2 of the light rail. So in a few years time when the tram line is complete, anyone living southside will be able to catch reliable public transport to see Sesame Girl, who will by then, continue to be the best live act in Canberra and a must see every time.

You can find
Sesame Girl
on
Facebook
/
https://www.instagram.com/sesamegurl/?hl=en
/
Unearthed
/
Spotify