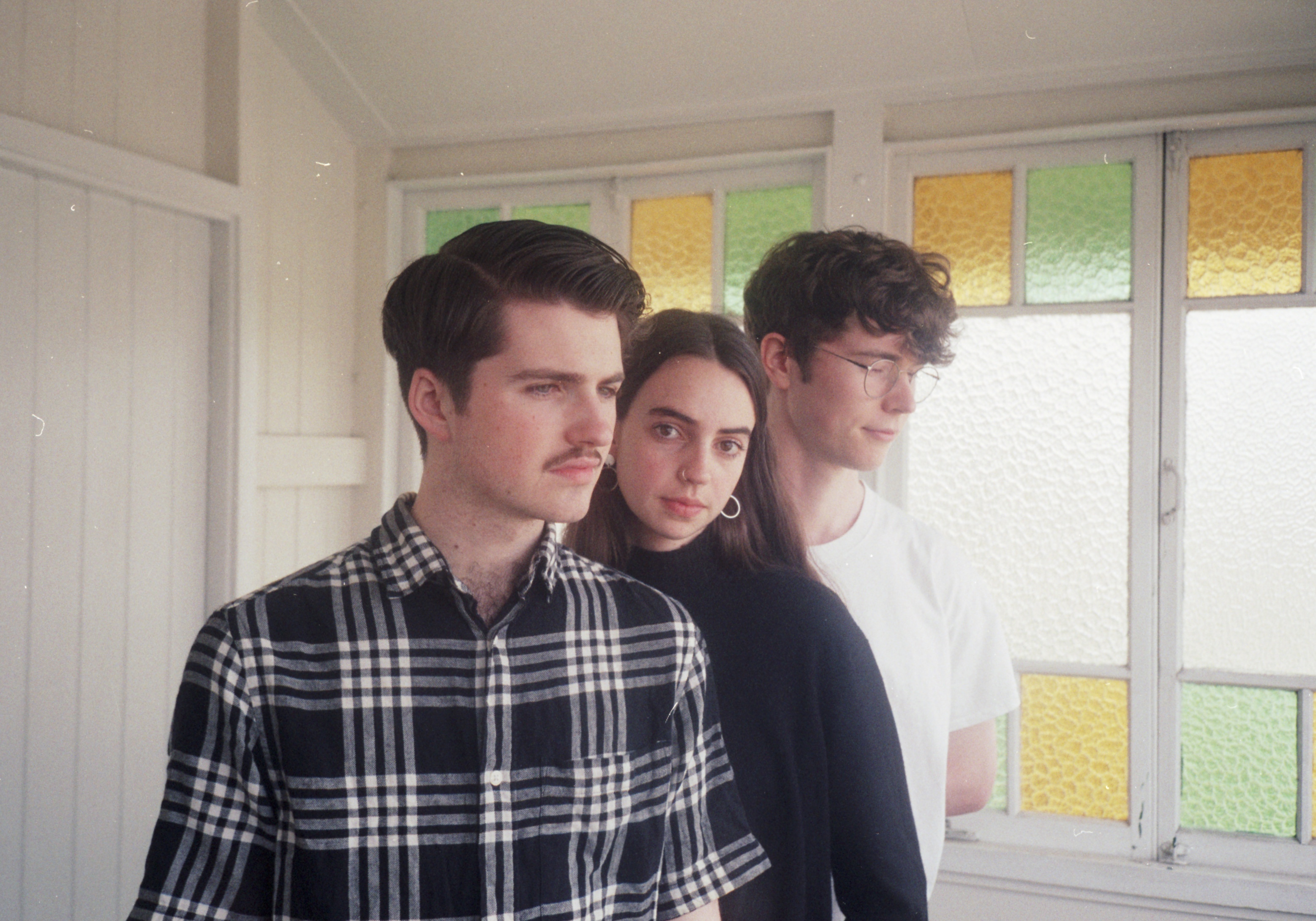 Requin say g'day and goodbye with their debut album 'Shark'

In a bittersweet explosion of art and sound come Brisbane/Meanjin trio Requin, who last month shared their first and last album, simultaneously announcing their disbandment upon the release of 'Shark'.

In March last year they shared with us the album's lead single 'Rules That Won't Be Broken' and had intended to follow that up with another. But at the exact same time the world was changing, and so was the band who went into hibernation and emerged having broken up.

But that's not without one final hurrah, sharing their debut album 'Shark' which is with no doubt named after themselves (requin is French for shark), making this kinda a self-titled album.

Requin do what Requin do best on this record. The eight tracks each revel in layers of experimental guitars, horns, vocals, and drumming patterns. Each time a new song rolls around, the listener is invited to stop and pay attention; to listen to each change in part where the instruments breathe in and out, stop and start, race and pace themselves.

You hear this on tracks like 'Sober', 'Man At a Train Station', and more heavily on 'Stole After Her' from their debut EP back in 2018. The music pulses in intensity and creates a sort of tension that hold you in for a satisfying conclusion every time.

This is an intention part of the themes behind the album, which is of the "complexities of navigating a social environment and the painful ways human connection can degrade and unwind. The push and pull of different sounds and angles underscores this struggle and ultimate hope for consonance."

'Shark' a heavy reminder of what Snakadaktal were doing in the same city before. Making some of the most beautiful music in the sunshine state and breaking up soon after. Requin are following along a similar path here. Leaving us with an album that we can hold close to remember their legacy.

I was lucky enough to catch Requin once and it was a set to remember as part of a night to remember. It was the infamous Lacklustre Records last ever house show and the line up was stacked to go throughout the night. Admittedly many of the bands on that lineup I was greatly unfamiliar with, including Requin.

But that made their set all the more special and mind blowing. The way this trio make their music dance and come to life in waves of experimental sounds was one of the best things to experience. I lost myself completely in the moment and was dying to hear more and meet the band afterwards.

I hope to dream of an alternative world where Requin can play again and bless my ears and by heart. But that's not to be this time, but instead we get to imagine that again over a 35 minute LP.