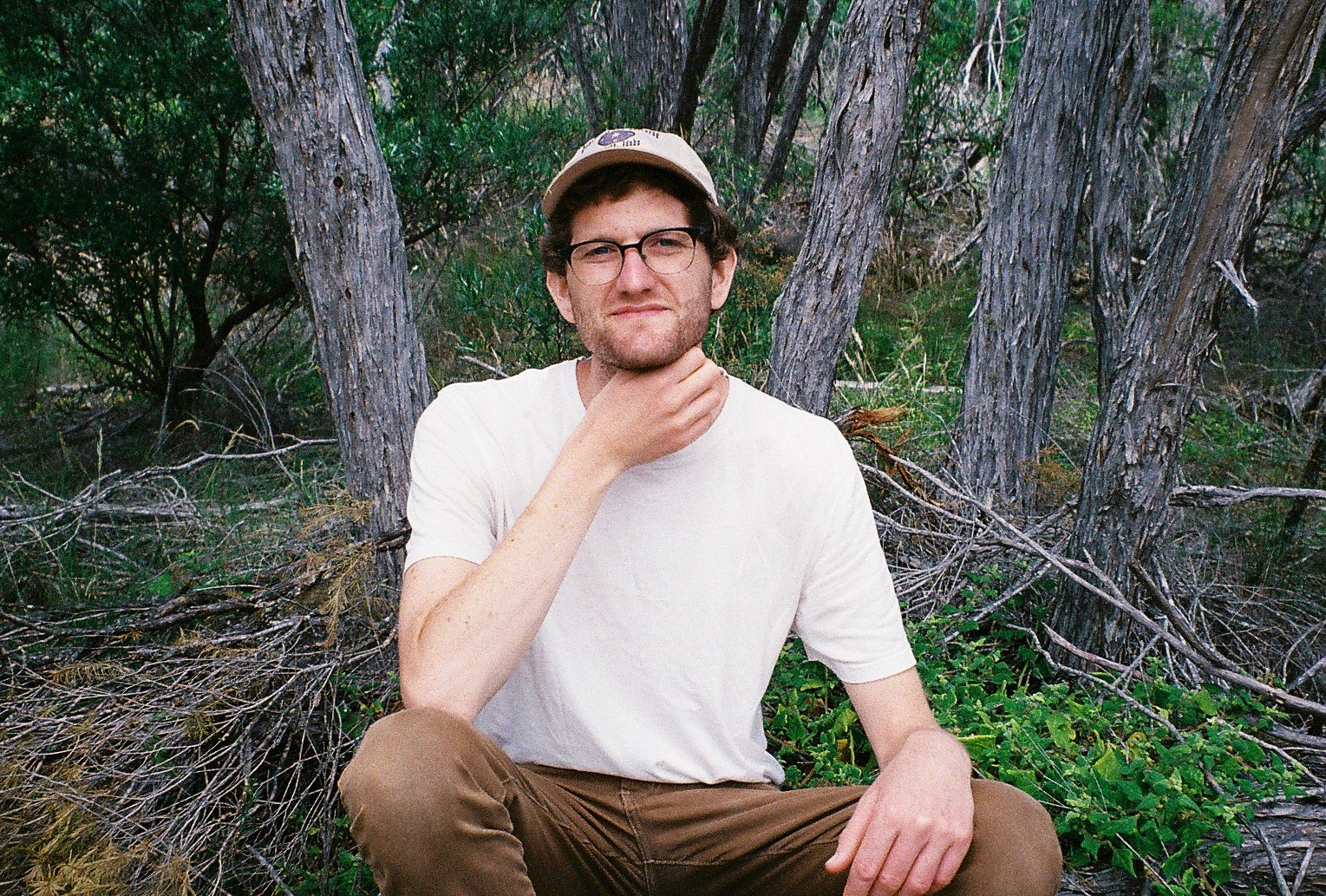 Soundtracking our warm weekends and welcoming humble season comes The Finks, who last week shared the next part of their long career with their non-album The moment the world rushed in.

The brainchild from Melbourne/Naarm creative Oliver Mestitz, The Finks make folk and alternative music of all sorts, destined to be heard on cassette or on CD in an old car. Their almost-ten year lifespan has seen them release various albums, EP's and singles though Milk! Records, where Oliver has released songs for any type of music fan. It's like a lucky dip going into his catalogue - there's so much to find and to love.

Last week The Finks celebrated another addition to their many creative works with the texture-laden EP The moment the world rushed in. The six-track record comes with mostly instrumental works, influenced by 808s and cassette loops that envelop the title track (the only song to have vocals) like a sweet and satisfying jam sandwich.

The title track is a comforting sound that softly introduces and farewells Oliver's only vocal appearance. The warm textures and breaths of the production bring familiarity to listeners, feeling reminiscent of The Microphones The Glow Pt 2 or Brisbane/Meanjin royalty Requin. Picture bringing those two bands together and that's the magic you'll hear coming from The Finks

Overall The moment the world rushed in is a beautiful 22-odd minute ballad that celebrates the alternative songwriting direction Oliver had taken. The sounds of cellos and clarinets stirred in with mellotron flutes and 808s brings comfort in a discomforting time, as each element pairs so nicely side-by-side for an easy-listening and relaxing experience.

Oliver Mestitz is no stranger to stretching and expanding his creative output, considering his resume of creative ventures. He's not one to shy away from getting involved with each part of the process of his music from the artwork, videos, and poster design, and then expanding into photography, zine making, collaging, and poetry. With so many hands in so many creative fields, it's easy to see what makes the release of The moment the world rushed in so much more special and fascinating.

To celebrate the release of the record, Oliver shared with us five tracks to the theme of 808s and others, diving into his own experience with each song and artist, and the source of inspiration for the new EP.

This is one of my favourite things on Youtube (where would it have ended up if not for the internet?).Late-career Marvin Gaye, pop iconoclast, soul preacher, America’s tortured conscience. His complexities as a person make the simplicity of this performance heartbreaking. Whatever he did, he made it beautiful. It’s better than Jimi Hendrix, okay?

I spent a good couple of days trying to replicate this song’s drum pattern for one of my songs on The moment the world rushed in. I’m glad I didn’t, because otherwise I would have felt guilty every time I heard this song, which would have been a shame. Some trivia: Haruomi Hosono’s paternal grandfather survived the sinking of the Titanic.

I owe this song to Joel the Swede, who played it for me during one of many long drives from one foreign city to another. It was the centenary of Ingmar Bergman’s birth, and surreal to meet someone from a country in which that mattered. Last I heard of Joel, he was moving to a tiny island in the archipelago and hoping to master his collection of medieval woodwind instruments.

J. McFarlane's Reality Guest – Where Are You My Love?

I first heard this song on the radio, out of context, and I assumed it was some kind of vintage post-punk masterpiece recorded when I was a kid. When I found out that it was by a friend of a friend, someone living in the same city and making music at the same time as me, I was flooded with envy and awe.

I met Lonnie Holley once, about five years ago. I didn’t know who he was at the time but it was immediately obvious that he wasn’t like anyone else. He wore reams of bracelets on his wrists that chimed when he spoke, and he spoke quietly and deliberately, gesturing with his hands. At the end of the conversation, by way of farewell, he raised one hand and said, “High five for Mother Universe.”

Check out The Finks The moment the world ruched in out now via Milk! Records.