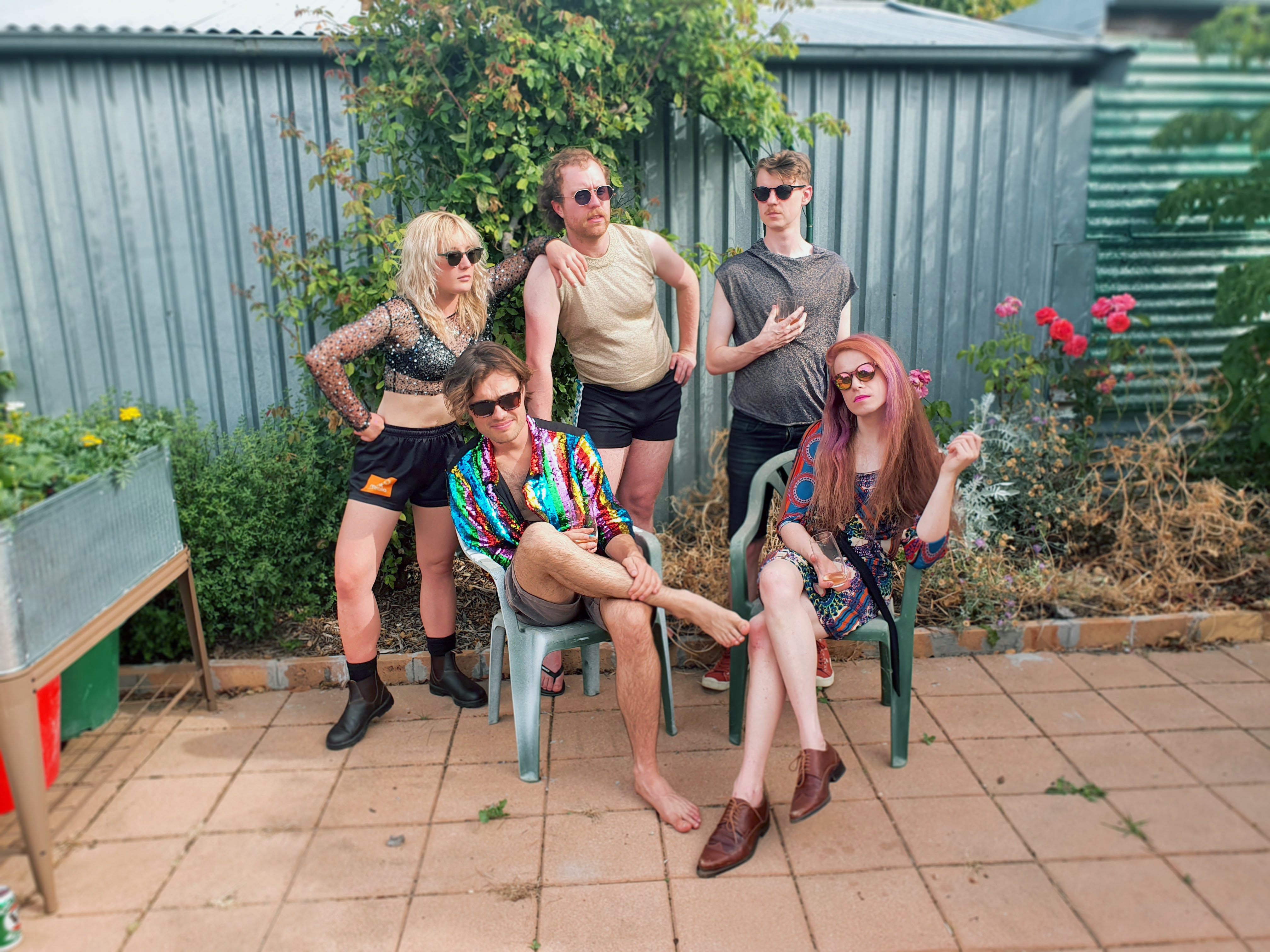 It's been a long road coming but we're finally here, here in the spring of 2021 where we get to celebrate the debut album A Little Human Connection from art rock supergroup Helena Pop, who on the eve of their album release share with us All I've Got - and we're here to premiere it all for you.

In their six-year life so far, the Canberra/Ngunnawal born band have grown to become one of the most loved groups in the local DIY community, playing all sorts of eccentric shows with outstanding performances, and each with the same set of passionate moments that fans love to sing along to. Take the back end of their 2018 track That's One Strange Love where lead vocalist Jack Livingston wraps a kazoo of all sounds around his belting vocals and quirky words that get a whole room chanting back "Don’t you dare forget, you said you loved them".

After an EP release in the same year, Helena Pop went on to play a range of shows with the likes of AJJ, Ceres, Teen Jesus and the Jean Teasers, and Jess Locke, as well as seeing the start and finish a debut record. They put together the early demos of songs in Lillli Pilli before breathing some life into the tracks the following year with Jonothan Tooke (Cry Club, Sports Bra, Jack R Reilly) at Parliament Studios in Sydney/Eora.

After the troubling year that was 2020, the band have blossomed into the spring of 2021 with the album ripe and ready for consumption. You'll find a good dozen tracks here, including Better Homes and Gardens and previous Homegrown Sounds premiere Oh! What A Shame, and right down the cap off the record is crowd-favourite All I've Got - a fun, smile inciting track that's one you'll for sure recognise if you've ever been to a Helena Pop show.

Helena Pop · All I've Got

The track opens with an almost Courtney Barnett-esque country twang to nod along to, before the band swiftly pull that idea into a more H-Pop familiar direction with quick-paced acoustic guitars and keys. Jack sings of acceptance of oneself and moving on from the hurt in a hopeful finale to A Little Human Connection, with the rest of the band equally at their best here. You'll hear Jack on guitars with Dan Hirst jamming on the keys, Ashleigh Hazel in their element on double bass, Hayden Fritzlaff steady on the drums, and Cathy Diver on guitar and backing vocals, delivering a few Ooh la la la's in the pre-chorus and backing vocals with Jack for the instantly memorable hook of the song.

Throw in a guitar solo in there and you've got yourself a hit of a song that's been on our minds for a long time. I don't know how long it's been since I first heard Helena Pop play this live, I genuinely don't remember. But it's felt like a memory I've had for more years than the band's been around. I think that's the kind of impact such a band as Helena Pop have. They will be around for years to come and years after that, sticking around through the sheer countless memories listeners, audiences, and fans have of the band.

Of all the shows Homegrown Sounds have had the pleasure of presenting this year, one band's set gave us and listeners the biggest goosebumps, the warmest hearts, and the most wonderful memories - and that came from Helena Pop. So it's with those memories and warmest hearts that we celebrate a glorious milestone in the band's career and that's with A Little Human Connection which you can hear on the internet tomorrow, Friday 24th September.

But until then, have a listen to All I've Got and be sure to check out Just Proximity - their short film on the making of the record. It's good, it's beautiful, and it's a snapshot into the band and what we love so much about them. Also check out their very on-brand album perfume - a dedicated scent developed by Sonic Alchemy. *sniffs* Ahh, smells like Helena Pop spirit.