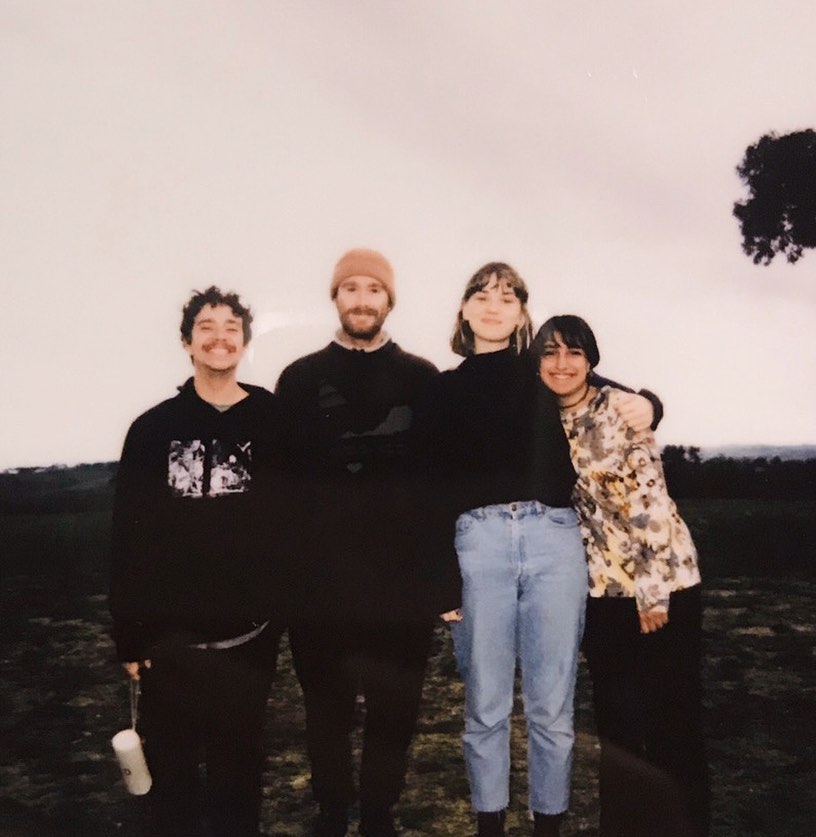 Out of the suburbs of Melbourne/Naarm come a band we love and have spoken highly of before, Keaper, who are set to introduce themselves to the country with their debut EP 'Duality' and an east-coast tour, and it's our pleasure to premiere their upcoming release with you today.

Keaper is the brainchild of vocalist/guitarist Ameya and bassist Julia, who started the band in 2019 before being thrown into lockdown. During this time, the two kept us eager, releasing stunning imagery and artworks on their Instagram page, as well as previews and demos of their songs. This is where I came across them, and fell in love with a particular instrumental shared this time last year.

That guitar and bass track, Red, is the first video you'll find on their page, and it appropriately serves as the beautifully atmospheric intro track to the EP. The new version of the song sees Ameya and Julia expand the project into a four-piece band, with guitarist Austin and drummer Sam coming in to add depth and percussion to the opening song. A perfect lead in to 'Duality', the track seamlessly blends into 'Come & Go', where the band begins to take flight with their use of layered and emotive vocals, setting the tone for the introspective themes of the record.

It's a cinematic feeling listening to these tracks, that come together in a way that makes Keaper feel like they're destined to be more than just a great alt / bedroom / shoegaze band. But that is exactly who they are - Keaper is part band, part art project - with twilight photography and hand-drawn illustrations flooding their social media feeds in their artwork, merch, and music videos. They've built a visual brand around them which pairs harmoniously with their sound, and that's something that calls for memorability and sets this band apart.

Keaper then feel like more than just emerging at this stage, hence feeling like they're destined to be so much more in the future. Remember how everyone just fell unconditionally in love with Snakadaktal after their debut EP release ten years ago? I think that's how we should all be feeling listening to 'Duality'.

Chatting to the band about their debut release, they said "The EP is an expression and acknowledgement of passing through phases - a reflection, through internal conversation, of a time of inner and outer change. Each track expresses a duality in some form and explores how seemingly contrary forces are interconnected and interdependent.”

The EP continues with 'Afterlife', a song that "explores the struggle of internal conflict and opposing beliefs" before concluding with 'Wasted Light', their more anthemic, melancholy piece that they first shared back in March.

It's a short EP but it's worth every penny. You get lost in the warm tones and glistering guitars, so much so you'll find yourself playing the band's discography over and over again. And translating this live must give off the same feeling. I can imagine anyone attending their shows wanting them to play for longer and forever. I get that feeling every now and then watching a band play live, and Keaper can well be one of them too.

The band are heading off on tour around Victoria and NSW this winter, kicking off with their hometown EP launch at The Toff In Town with Soft Powder and Grove on May 20. They'll cross the boarder in July and head to Wollongong, Newcastle, Old Bar, Mullumbimby, before wrapping things off in Sydney on the 25th, so be sure to double-check those dates and catch what will sure to be one of many very special shows. Check their socials for more info!